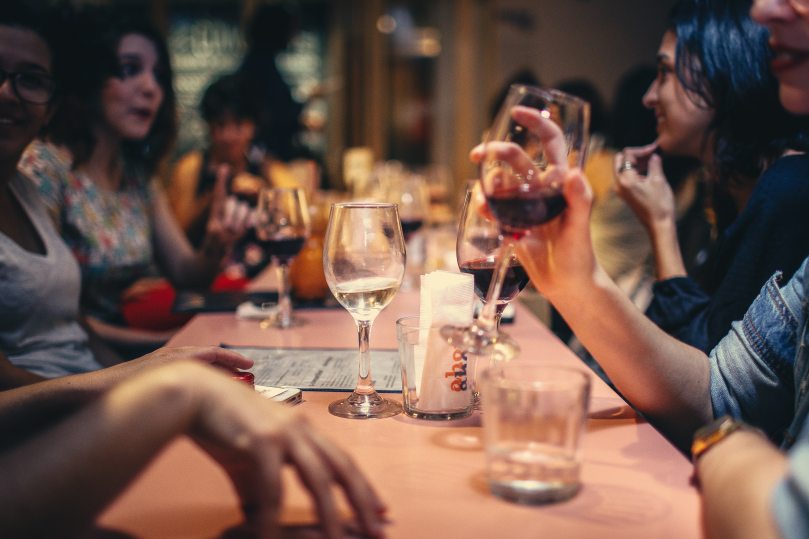 It’s been so long since the last time I had a meaningful conversation with my friends, especially the ones I used to be close with. I’m not gonna play victim and act as if they treated me so bad and left me behind. In fact, I’ve been acting distant lately, and perhaps so have they. It’s safe to say that I have no faintest idea of how they’re doing if it’s not with the help of Instagram and Twitter. Social media indeed has strange way of making us feel like we still know each other’s life when in reality we barely do anymore.

To begin with, in the past several months I haven’t reached out to some of my friends and haven’t replied to their messages to the point where they might assume I ignored them on purpose. Maybe in a way I did, but not to all of them. Relax. I’m a horrible friend and seriously screwed up. I’m really sorry for that. I’m sorry that things haven’t been so great lately. I might come off as uncaring and selfish. I won’t be surprised if some of them no longer consider me as their friends. I get it. I can’t expect anyone to stick by me when I don’t do my best to keep in touch with them and give them the attention they deserve to get.

Friendships are fragile and require active maintenance, or they’ll die. I guess I’ve let it happen more than once. I started to read some articles about how to maintain a friendship so maybe I can still save the remaining friends that I think I still have. Keeping in touch is said to be the fundamental aspect of it, especially when it comes to maintaining a long lasting friendship. It sounds pretty doable though, but I don’t know how to do it. The people I’ve been best friends with until now are the kind of low maintenance friends, and I’m also a low maintenance friend. We don’t always talk to each other every day. We could go months without seeing each other. But we always give the reassurance that we still have each other.

As a trash texter with mild depression, it’s hard to imagine what I have to do to keep the friendship alive when the very basic thing like reaching out to friends, responding back to their messages, or making phone calls can feel so overwhelming sometimes. My close friends came from various background with various upbringing. Each of them carries different set of personality. I have friend whom I can do crazy things together, and I have friends whom I can sit for hours doing nothing but enjoying each other’s company while telling about our secrets. As much as they seem to be diametrically oppisosite, they’re very understanding towards my habit. They never call me out for being not fun when I’m not really up to do anything. That’s the kind of friends that I need in my 20s. I’m only two years away from quarter life crisis so I’m constantly trying to avoid the gravity to fall into it while preparing myself for the probability of experiencing it. No wonder I’m always exhausted.

Talking to my friends has tremendous benefits for my health and psychological well being, as well as broaden my knowledge and perspective. But the crux of the matter is, what kind of friends? Obviously not the ones who drain my energy, make me feel uncomfortable, guilty, insecure, and remind me of all the things I don’t want to be associated with anymore. Even though I’ve forgotten about why I stopped talking to certain people, not all of it was due to some major or minor problems. Sometimes it just happened. We lost the interest to continue the conversation, we started to reply a little longer than usual and finally we never heard anything from each other until our birthday –if we both happened to know each other’s birthday and remember it.

After witnessing the end of my friendship with a few people, I came to realization that not all friendships are meant to last forever, no matter how good it used to be. Sometimes things are better left as mere memories. We aren’t meant to keep every friend we make, sometimes their chapter in your life is done because they only belong to certain version of yourself. Maybe someday they will end up showing up again in another chapters of your life.

This blog has been read for